A short description of what “The X-Files” is, where it began, and where it’s heading…

The X-Files began as the story of two FBI agents—Fox Mulder, a believer in extraterrestrials and the paranormal, and Dana Scully, a scientist and skeptic—put together to work on the X-Files, a backlog of unsolved cases whose unexplainable nature required thought and procedure beyond the normal routine of FBI investigation. Undertaking the task of following through these cases, Mulder and Scully found themselves encountering a dizzying array of weird sightings, bizarre events, and other strange but seemingly unrelated phenomena. [Season one]

Over time, however, Mulder and Scully would discover that a sinister thread wove together many of their cases—a vast conspiracy of men at secret levels of the government from all over the world who were cooperating with alien colonizers in an intricate plan of genetic experimentation to subdue the human population. It was not long before the pursuit for proof of this conspiracy became the central goal of their investigation of the X-Files. [Seasons 2-4, Movie 1]

In the end, however, the partial resolution of this conspiracy came from an entirely different source—civil war among the aliens themselves. The actions of rebel aliens all but removed the governmental forces that were blocking Mulder and Scully’s access to the truth. [Season 5]

Their unfettered access and continued investigation into all aspects of the paranormal soon led Mulder and Scully to the discovery that every aspect of human existence and history may be linked to alien influence. However, Mulder and Scully also gained a new and much more powerful enemy–the aliens themselves. [Season 6-7]

Like many others,  Mulder was abducted by alien “bounty hunters” in an apparent attempt to remove evidence of their existence. Scully returned with diligence to the original purpose of the X-Files–the investigation of strange and unexplained events–with the help of agent John Doggett, a former marine and slowly grudging participant in the X-Files project, and Monica Reyes, an open minded expert in the occult. All the while she had to deal with her unexplainable pregnancy and birth of a child that seemed to have alien powers. [Season8]

The eventual return of Mulder, nearly dead until cured of an alien virus, also led to the discovery that ‘human replacement’ had infiltrated all levels of government where they were able to continue plans for colonization by keeping all who had knowledge of it in fear. Soon the X-Files investigation became a threat to all those involved.  [Season 9]

For a time, it seemed there would be no real solution. Scully had to give up her child to protect it.  Mulder finally found the ultimate truth—a set date for colonization—but he also found that there was little that would change it. Reyes, Doggett, and others sympathetic in the FBI were rendered helpless as the powers above had grown beyond control.  The fate of all seemed to rest on a fugitive Mulder and Scully—could they find enough hope to no longer look for the truth but instead to change it?

We don’t know exactly what happened in the intervening time. Six years later, we saw Mulder and Scully both called back into the FBI to help with an unusual case. By that time, Scully had moved on to being a full-time doctor while Mulder was living a life of seclusion. Their presence at the FBI had faded into legend and any menace from above regarding their work was gone. The X-Files is no longer a unit but their work on this case brought them back into the good graces of the FBI (where Skinner had remained.) There was no mention of Monica Reyes and John Doggett. [Movie 2]

So what might have happened? My guess is that following his flight from custody, Mulder and Scully went on secretly work against the interests of the ‘human replacement’ aliens and their control over the government and plans for colonization. They must have used their knowledge of the magnetite ore that affected the aliens to ultimately destroy them. John Doggett and Monica Reyes must have had a role in this as well though the X-Files were apparently closed in 2002. Their absence from any further work on the X-Files implies they must have made some severe sacrifice in the struggle. (Her return as a bitter conspirator years later makes me think something horrible happened to her friend John.)

The forecast invasion of 2012 never happened which shows that Mulder and Scully’s work to defeat the aliens must have been fruitful. They may have had time to pursue a life together for a while but unfortunately grew apart as a couple, largely due to Mulder’s depression. The reconnected when both were contacted by AD Skinner to look into the alien obsession of an internet right-wing conspiracy theorist. His work revealed that there still exists a deep-state of those in the government who had cooperated in the original alien invasion, most significantly CSM.  With the X-Files reopened by Skinner, Mulder and Scully both became recommitted to investigating the odd and unnatural as a way to discover bigger questions of government conspiracies and alien invasions. [Season 10]

These investigations lead them to their son  and the realization that he is a key in the plot of competing agencies to start or conversely to prevent the release of an alien contagion upon mankind–one which would allow either an invasion (by aliens) or a take-over (by men) depending on whom you believe. We’ll never know because in the end it seems all the leaders of the conspiracies are killed, friends and family all dead, and the X-Files—discredited for predicting a threat that will now never come true—is closed. Scully and Mulder are left to start over on their own. [Season 11] 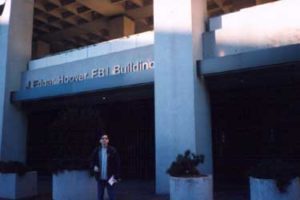