Who doesn’t love sci-fi? Well, maybe a lot of people, but for me it’s the first category to browse on Netflix or at a bookstore. Here’s a bit about my favorites:

Literature: As far as reading sci-fi, my interests stay pretty narrow on a few authors. I lean towards hard science fiction–discussions of the mechanics of time-travel, the intricacies of space travel, descriptions of planetary evolution.  I am particularly a big fan of Arthur C. Clarke (pretty much have read everything of his) and Stanislaw Lem (whose works have been a little bit harder to get a hold of easily). Rendezous with Rama and Solaris would be my main picks of their works. Michael Chrichton is another favorite–particularly Congo and Sphere—and I also very much enjoy the historic sci-fi classics, especially H.G. Wells whose War of the Worlds was one of the primary foundations of my scifi interest as kid. (Actually, Madeleine L’Engle’s A Wrinkle in Time series may have been an even earlier influence. Also a special shout-out to Exiles of Colsec by Douglas Hill, not a classic but a huge part of my scifi childhood.) I am generally not a fan of fantasy—the more you start to talk about dragons and witches the less interested I am. (But yes, I have of course read and enjoyed The Lord of the Rings.) I would also recommend the wonderfully sociological The Sparrow by Mary Doria Russell.

Film: I am not especially demanding in terms of film scifi but I don’t really enjoy those that are simply action flicks or gritty noir gangster movies. I would rather watch a future-set adventure film full of cool scifi ideas or a psychological space drama that is more about grand thoughtful ideas. (That said, one of my big favorites that I can watch over and over is nevertheless The Fifth Element !) Just to orient everyone a bit, I am both Star Wars and Star Trek, am much more MCU than DCEU, and an am neither Alien nor Predator.

TV: My main area of scifi geekiness comes with television series. There have been several shows I was a devoted regular too over the years. But two series stand out above all: .

DOCTOR WHO: By far, far, far margin, my main sci-fi television obsession has been, is, and will always be the long-lived British programme Doctor Who. I am not sure what age I stumbled across it on PBS as a young child but I was hooked and have been for years. While I am a general fan of the newly updated continuation of the series too, classic always wins for me. Of course, it’s thanks to the new version that the old one became popular enough for it to be put on DVD for which I am thankful. After amassing my collection of all the available episodes, I spent a couple of years marathon of watching and blogging about twenty six years of classic episodes: Doctor Who View

THE X-FILES: My college years and the original run of the X-Files overlapped entirely so not only did I become a big fan of the show but it is perhaps no surprise that it became a part of both my education (figuring in several class presentations), social life (Sunday night viewing parties!), and my first experiments in web-design. Yes, I probably spent way too many hours developing my little website about the show and its conspiracy arcs, but it was fun. I finally updated much of that 90s website to a more modern one after the recent reboot of the show. You can find my interpretation of the mythos of the show here: X-Files: What I Want to Believe.

Welcome to my website! It’s a project that has grown to reflect my travels, work, and community experiences over the years. Feel free to explore the information and links about my interests both personal and professional. 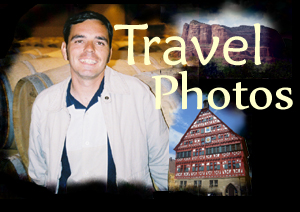 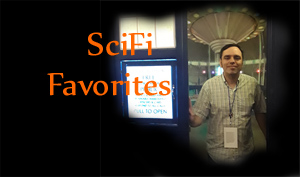 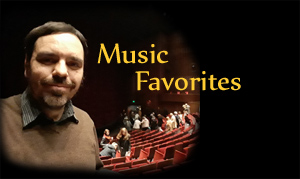 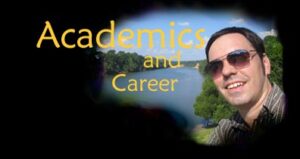